The Rules Are Simple

The rules for the early primary debate drinking games will follow the 'Texas Hold'em' style. Each candidate will have a few words unique to him/her. In addition, each debate will have three 'community' words.

This is a game afterall, and games are more fun when you are competing.

Take a Drink when you hear one

Because this may be a high scoring game, we define a drink as a gulp of beer or sip of wine or liquor. Know your limits and please drink responsibly.

The Candidates and their Drink Cues 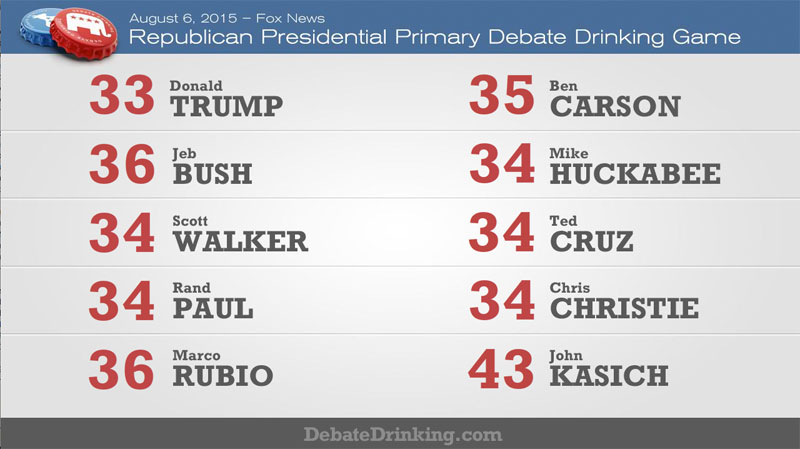 We are Social Drinkers!